• INSEAD’s report on the impact of the Cartier Women’s Initiative Awards reveals overwhelming view that businesses should deliver more than profits
• Female entrepreneurs identify importance of business networks to build contacts, gain resources and reduce isolation prior to business plan validation
• 5,200 new jobs have been created by the women-led businesses the Cartier Women’s Initiative Awards have supported

Abu Dhabi, Fontainebleau (France), Singapore, 24 February, 2016 – According to INSEAD’s review of the Cartier Women’s Initiative Awards which is celebrating its 10th anniversary this year, INSEAD, the business school for the world, indicates that successful women entrepreneurs overwhelmingly think that businesses should have a positive social impact. The school studied the impact that Cartier’s landmark entrepreneurship scheme has had on the women taking part, reviewing outcomes for their businesses and conducting in-depth surveys to gauge its success. The review was presented today by INSEAD at the Global Women’s Forum Dubai 2016.

Some 5,200 new jobs have been created by the businesses that the Cartier Women’s Initiative Awards have supported with grants, coaching and networking opportunities, primarily from the four main partner organisations – Cartier, INSEAD, The Women’s Forum for The Economy and Society and McKinsey & Company.

Applications have grown from 360 in 2007 to 1,800 last year when 18 finalists from six regions were then selected to participate in a unique programme of coaching and training designed to improve each entrepreneur’s business plan, market position and skills. Six laureates, one from each region, were then selected to receive a 20,000 USD prize and extended business mentoring. Juries are comprised of a range of business experts, business leaders and successful entrepreneurs, including previous laureates. Winners also benefit from positive media coverage of their success and an enhanced profile which can open doors and help them take their products and services to market.
For all award applicants, Cartier has created the Cartier Awards network, involving a LinkedIn group, Facebook page, Twitter account and a dedicated online platform, while also facilitating email and phone contact between participants working in the same sector or sharing common interests.

Ilian Mihov, Dean of INSEAD, said: “INSEAD is honoured to have been an integral part of the Cartier Women’s Initiative Awards since its founding in 2006. Assessing their impact over a decade reveals the true achievement of the programme and the immense value it has created for a generation of women leaders. The commitment and engagement shown by all those involved mirror the school’s own dedication to excellence, innovation and diversity, as well as a profound belief in business as a force for good. By coaching, mentoring and applying business frameworks to the ideas and aspirations of the contestants in the Cartier Women’s Initiative Awards, our INSEAD’s world-class faculty, talented MBAs and alumni play a valued role in the programme, not only at the selection stage but in sharing their expertise and experience with finalists and laureates alike. As ‘The Business School for the World’, INSEAD understands the importance of inspiring new ideas, creating a positive social and environmental impact, and harnessing the power of the market. With students from more than 80 countries, a faculty representing 40 nationalities, and alumni spread throughout 174 nations, it is uniquely positioned to understand the benefits created by bringing together people, cultures and ideas to change lives and transform organisations”.

Cyrille Vigneron, President and CEO, Cartier International: “Since its launch in 2006, the Cartier Women’s Initiative Awards partnered with the Women’s Forum, with McKinsey & Company and with INSEAD business school to promote and support women as entrepreneurs and to help them launch new companies, spur innovation and create new jobs. In keeping with its tradition of supporting individual excellence and empowering imagination, Cartier gives these brilliant and committed women the opportunity to create, to grow and to transform the world they live in.”

Kresse Wesling, Laureate 2011 for Europe, said: “The experience of the awards was not only great for our business, it was life changing for us in the sense that we realised what we could do, what others were doing, and our vision was certainly made much broader.”

For more information about the report, please go to:
• http://sites.insead.edu/social_entrepreneurship/documents/INSEAD-CWIAreport-ExecutiveSummary.pdf 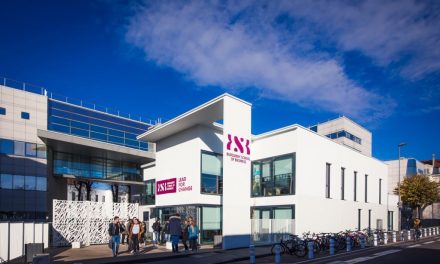 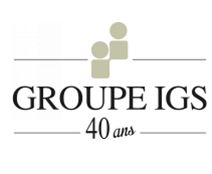 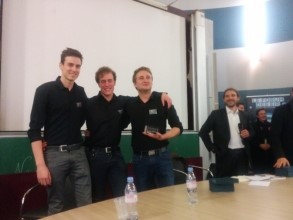