How viral marketing is changing the (business) world ! 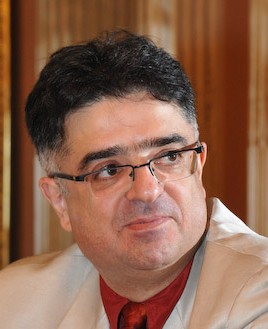 Viral marketing, called also word-of mouth or buzz, spreads via person-to-person or peerto peer (P2P) contacts. In its simplest form, viral marketing can happen when two or more PCs are connected and share resources without going through a central server computer. The term “viral marketing” is said to have been first coined by Jeffrey Rayport, a Harvard Business School academic. The concept is meant to work like spread of an epidemic. If every infected person infects, in turn, the epidemic spreads rapidly. If every prospect reaches more than one other, sales rise rapidly. The growth of online social networks gave a new impetus to viral marketing. 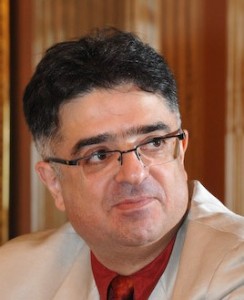 The technologies of the viral marketing
There are two main reasons why viral marketing has immeasurably developed on the Internet: Convenient accessibility of the Web 2.0 from anywhere, and free or low cost of these tools. Connection on the traditional internet, now referred to as Web 1.0, was basically a user-central server connection: the user connected to a web site’s server; and the server sent information back to him/her and could decide to communicate the information to others too. The communication was rather in a vertical form. Now, in a pure Web 2.0 universe, anyone can interact and communicate to any other without intermediation of control hubs. The Web 2.0 technologies have pushed power off the central computing server and onto the Internet, enabling individuals to establish direct horizontal connections. The web 2.0- based networks make viral marketing possible and popular. By allowing communication and data dissemination become horizontal and bottom-up, rather than vertical and top-down.

Viral Word-of-Mouth between Peers on the Internet
The barriers between people have never been so thin. Empowered by the Web 2.0 social media, atomistic individuals form new groups as virtual neighborhoods and exchange directly opinions on the Internet. Customers are more receptive to messages sent by friends and increasingly rely on peers to form attitudes about brands. For half of French online consumers, the comments on the social networks constitute one of the two main reliable sources of information – together with comparative press articles (Lehuédé, 2009). In the U.S., a survey on 1,200 consumers who shop online at least four times per year spending $500 or more annually discovered a specific category of consumers (social researchers) who always or most of the time seek out and read customer reviews prior to making a purchase decision (PowerReviews, 2009). Consumers on the internet share not only their post-purchase experiences, but also their buying intentions. As computers and phones become more powerful and mobile, viral communications go progressively multimedia.

Strategies of Viral Marketing
Viral marketing is now an irreplaceable part of any serious marketing strategy on the Internet. Commercial websites encourage visitors to share a page or information with their friends to create buzz and encourage word-of-mouth communications. A positive recommendation sent from a friend makes the message far more reliable and even more palatable than other promotions. Media and press-related websites allow viewers to send news items to friends. Le Figaro in France as Washington Post in the USA, offer a service in which readers can e-mail a specific article simply by typing in a friend’s e-mail address. This form of viral marketing is a win-win strategy: Individual benefit because they view information that is most relevant to them since it is shrewdly selected before being sent. The media also benefit because new viewers come to their websites at a friend’s suggestion without additional cost, and might become regular users. The Universal Studios theme park created an innovative viral marketing strategy when it set up three user-controlled webcams. With the webcams, visitors take pictures in the park and send them to friends. The average webcam user sends four web “postcards” to friends, resulting in millions of park images sent to potential visitors. Wal-Mart is reported to have improved significantly its business processes by implementing a Web 2.0 platform, Bazaarvoice, which facilitates information sharing between consumers and Walmart. com’s marketing and operations groups. Bazaarvoice is an American internet marketing company specializing User-generated content in the form of customer reviews. Company founder Brett Hurt started the venture after discovering a strong correlation between the sales conversion rate and the quality of customer reviews. In November 2007, Facebook began selling ads that display people’s profile photos next to commercial messages that are shown to their friends about items they purchased. Google had filed a patent for « user-distributed advertisements » which facilitates insertion of manually selected ads by volunteer users into a document to be distributed to other users. Dell currently has several sites that support user-generated content and give its customers and community a voice (Rubric Community: Join the Discussion, Share Your Ideas, Read our Blog, Ratings & Reviews, and Community Home).

Crafting Viral Marketing Online
Godin (2001) believes that the information can spread most effectively from customer to customer, rather than from business to customer, and calls this phenomenon “ideavirus”. He adds: Ignite consumer networks and then get out of the way and let them talk. Viral marketing is based on creating environments for a self-replicating communication spread by individuals. For crafting and executing an efficient viral marketing, three principles should be envisaged: Give away valuable products or services. Viral marketing is defined as a cost reduced self-replicating transmission of messages between relationships. However, many companies offer premiums and free products if customers tell friends who become customers. Procter & Gamble generated 2 million referrals when it offered consumers a free styling hair spray and entry into a sweepstakes for every 10 friends who visited the Web site for the company’s new Physique shampoo. Target the right mavens. When a company uses viral marketing, it recruits customers to be its sales agents. Preferably, viral marketing chooses a small group of well-connected individuals. Their approval will spread rapidly via their online networks. The most desirable individuals are those with a satisfactory combination of the size of their online network and their power to influence that network. Who is telling the story or « passing on » the word can be a major difference between success and failure. Wangenheim and Bayon Second (2004) note that the strength of word-od-mouth is determined by the perceived communicator characteristics: the higher the level of risk, the more the nature of the perceived communicator will have a role in the consumer decision-making process. Godin distinguishes between « sneezers » (influential people who spread) and « hives » (those willing to receive). Sneezers are either authoritative who don’t make many recommendations, and promiscuous who tend to pass a lot of stuff on to their friends. Gladwell (2011) uses connectors, mavens and salesman as opposed to sneezers – and epidemics instead of Ideavirus. Some concepts presented by Godin are very close to those, such (« network hubs, » « network contagion, » introduced formerly by Rosen (). Provide effortless transmission. Naturally human have the desire to share information and want to be cool and loved by transmitting information. However, it should be easy and convenient for them to transmit. In Unleashing the Ideavirus, Godin considers « smoothness » (the ease with which sneezers can transmit them throughout a hive) as a key factor of viral marketing. Existing communication networks, such as YouTube, Facebook, Digg, Twitter and even PayPal, are often used with ease by circles of friends. For Godvin (2001) two effective ways of spreading an Ideavirus are to reward promiscuous sneezers e.g. The Amazon affiliate program. Or make it easy for powerful sneezers to recommend your idea e.g. Digg or Del.icio.us tags. 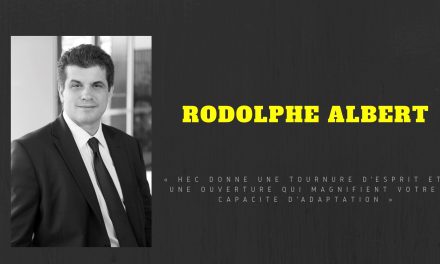